The Airfoil - How Wings Work

Because of the shape of an airplane’s wing, called an airfoil, the air into which the airplane flies is split at the wing’s leading edge, passing above and below the wing at different speeds so that the air will reach the same endpoint along the trailing edge of the wing at the same time.

In general, the wing’s upper surface is curved so that the air rushing over the top of the wing speeds up and stretches out, which decreases the air pressure above the wing. In contrast, the air flowing below the wing moves in a straighter line, thus its speed and pressure remain about the same. Since high pressure always moves toward low pressure, the air below the wing pushes upward toward the air above the wing. 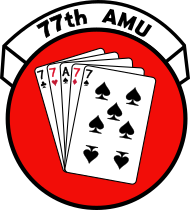